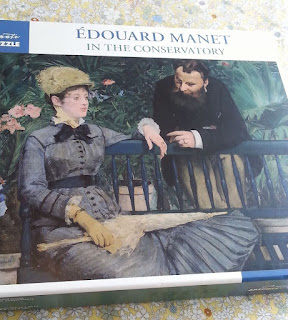 Well, the season of school is ending, and I'm feeling impatient. So much of my life is spent being the opposite-- very patient with people, cats and plants. But when it comes to this beautiful puzzle, I'm not sure I can wait. I'd planned to start it in celebration of Kiddo's last day of school, but on a slow Saturday afternoon, when I wish I were napping but a neighbor kid is at our house so that's not an option...but the puzzle might be.

I've unwrapped the box, but then stopped to consider this impatience, the urge to keep moving forward. Last week, I cleared out a clump of buttercups and planted in some cosmos and some other fancy flowers... right where our proposed walkway is going to be built. That walkway and the patio it will lead to represents another portion of self-restraint: I'd wanted to have it done last year, but we needed a new roof before leaks started, so it was deferred until this year. 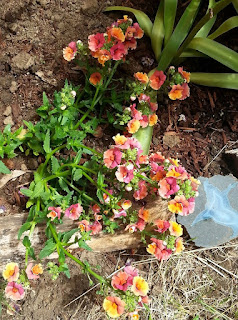 It's a confusing thing to want to fill in a dirt space with plants, then two days later sign a contract which will demand the relocation of those plants. I was just hungry to have some promise growing in that spot. Such a contrast, the logical, stolid waiting for the big things and the impulsive, easily-met desire of doing small things. While I'm killing time this afternoon, I relocated a few of the flowers to better, permanent spots.

I will have to wait a little while longer for the big things, but maybe not the puzzle. There's still another hour of playtime for the kids, so maybe, just maybe, I'll be kind to myself and start separating the puzzle pieces into borders and centers. I mean, look at that picture.... the gradation of greens in the large leaves over the gentleman's shoulder to the right; the blue-gray pleats of the woman's skirt; the dark blue rungs of the bench she leans against; and the bit of pink --the least amount of pink in any of my puzzles, ever--of the flowers which remind me of tall day lilies. Those cool colors will soothe the soul on a hot day, surely. For now, it's been cool, overcast and rainy, which begs the question... can I wait that long? 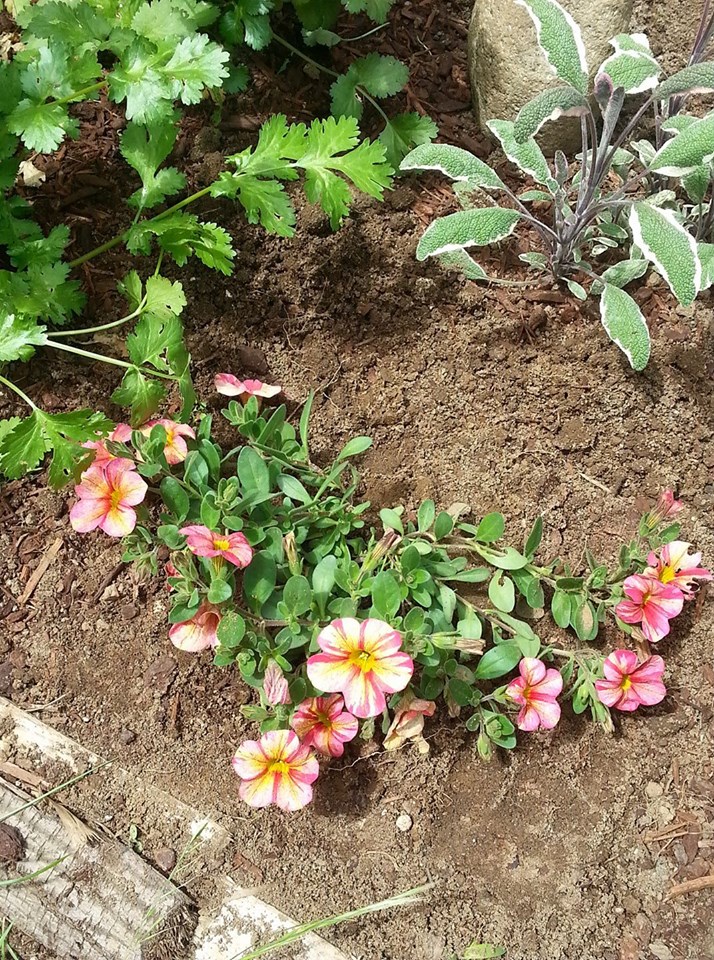